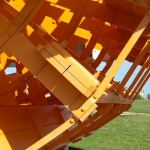 Day 4 was a relaxing day in Whitehorse spent mostly visiting with old friends. It was great to be able to catch up with Beej & Norm, JF & Sylvie, and Robert & Carl.

We also needed to pick up some more fresh food for the trip and replace a couple of things that got left behind in Calgary when we did the quick pack-up of the car. We also picked up an electric cooler that was on Sale at Canadian Tire. It will have paid for itself by the end of this trip with us not having to buy ice and not having to throw out spoiled food. 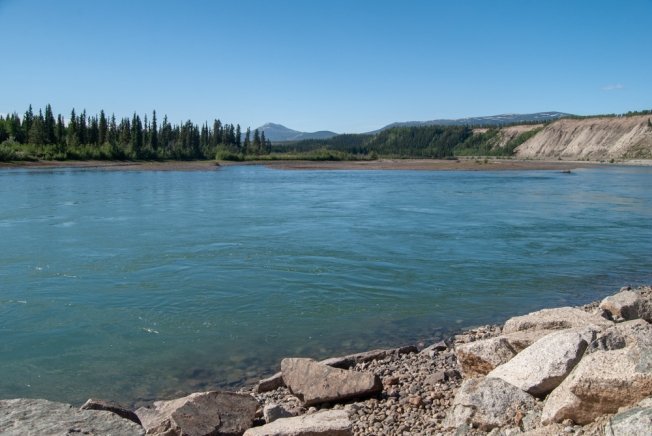 We did manage to get in one touristy stop at the SS Klondike, a Parks Canada Historic Site. The SS Klondike is a paddlewheeler that operated in the 30s and 40s, taking passengers and supplies along the Yukon River between Whitehorse and Dawson City. She now sits on the bank of the river and is open to tourists. Parks Canada give guided tours and admission is free.

Day 5 had us heading back out on the road, going north on the Klondike Highway.  Linda had the pleasure of listening to me tell stories about everything along the road until we passed Lake Laberge, as this was my stomping grounds for many years.

We stopped for lunch at 5 fingers rapids. The Yukon River splits into 5 channels here, and not all of them are navigable, only one was deep enough for the paddlewheelers that traveled the river. There is still a cable that the ships used to pull themselves up the 2-foot falls. From the lookout there are stairs to go down the escarpment and a path to walk to the rapids, it takes around an hour round trip.

Next stop was a photo-op an hour outside of Dawson City, the Tintina Trench lookout. This is a large valley formed by the separating of a fault line some 8 million years ago. The 2 plates of the fault line have shifted over 450km from where they were 65 million years ago. It is a great view from here and a great place to contemplate how tiny a blip we are in the history of the planet.

Our stop for the night, and our home for the next 3, was the Goldrush Campground in downtown Dawson City. The sites are really made for trailers, not tents, and have no shade, but the facilities are well kept, we have power for our cooler, and it is in walking distance to most things in Dawson. We brought our pop-up canopy with us, so we have shade, and the double size air mattress keeps us off the rocks at night.

After we set up camp, we headed over to Diamond Tooth Gerties Casino to make a donation to the Klondike Visitors Association. After we left our money on the table and in the slots, we headed over to the Downtown Hotel so Linda could do the Sourtoe Cocktail. For $5 plus the price of a shot of something 40% you can have a human toe put in your drink, if it touches your lip, your get a certificate and membership card for the Sourtoe Cocktail Club.

While we were waiting for the toe to start, we got to listen to a great piano player. He was the Stompin Tom of piano, complete with a board under his foot. He has a diverse repertoire, and takes requests. He plays from 7-9 nightly and its definitely worth a visit to hear him play.

To end the night we sat by the river, and watched the solstice sunset at 12:50am. We didn’t manage to get up for sunrise at 3:57. 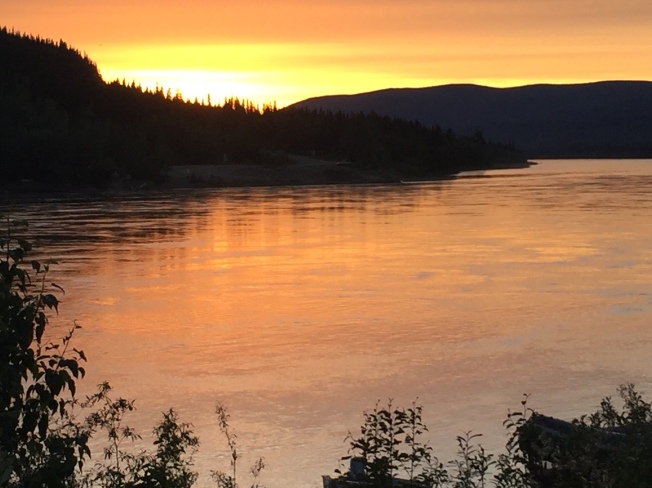